How to use CIArb for Adjudication

When a dispute arises, it is essential to resolve it quickly and effectively, ensuring work can continue, to protect cashflow, and to prevent unnecessary costs. Adjudication provides a simple and efficient method of settling disputes without resorting to lengthy and expensive court procedure.

Request for Appointment of an Adjudicator Form

Adjudication involves an independent third party who considers the claims of both sides of the dispute and who makes a decision. It is a time-sensitive process, with adjudicators making a decision within 28 days. The result of the adjudication process is a judgment and court opinion that is legally binding, and unless revised by arbitration or litigation there is no right of appeal. Click here for more information on the process of adjudication.

What is an Adjudicator Nominating Body?

An Adjudicator Nominating Body (ANB) appoints an adjudicator to resolve a dispute arising from a construction contract.

Why choose CIArb as your Adjudicator Nominating Body

Find out more about our adjudicator members through our directory.

How to name CIArb as your ANB

To name CIArb as your ANB in your construction contracts, use the following recommended clause.

If you already have a clause in place with a named ANB, think about adding CIArb and other ANBs to give you flexibility of choice should a dispute arise. A party to this contract ("the Referring Party") may at any time give notice ("the Notice") in writing to the other party of its intention to refer a dispute arising under the contract to adjudication.

The parties may agree the identity of the adjudicator.

Where an adjudicator is not agreed within 2 days of the Notice being given the Referring Party shall immediately apply to the Chartered Institute of Arbitrators for the nomination of an adjudicator, which nomination shall be communicated to the parties within 5 days of receipt of the application.

Within 7 days of the Notice the Referring Party shall refer the dispute to the adjudicator. The adjudicator shall reach a decision within 28 days of referral or such longer period as is agreed by the parties after the dispute has been referred.

The adjudicator may extend the period of 28 days by up to 14 days, with the consent of the party by whom the dispute was referred.

The adjudicator shall act impartially.

The adjudicator may take the initiative in ascertaining the facts and the law. The decision of the adjudicator is binding until the dispute is finally determined by legal proceedings, by arbitration (if the contract provides for arbitration or the parties otherwise agree to arbitration) or by agreement.

What happens if a dispute does arise? 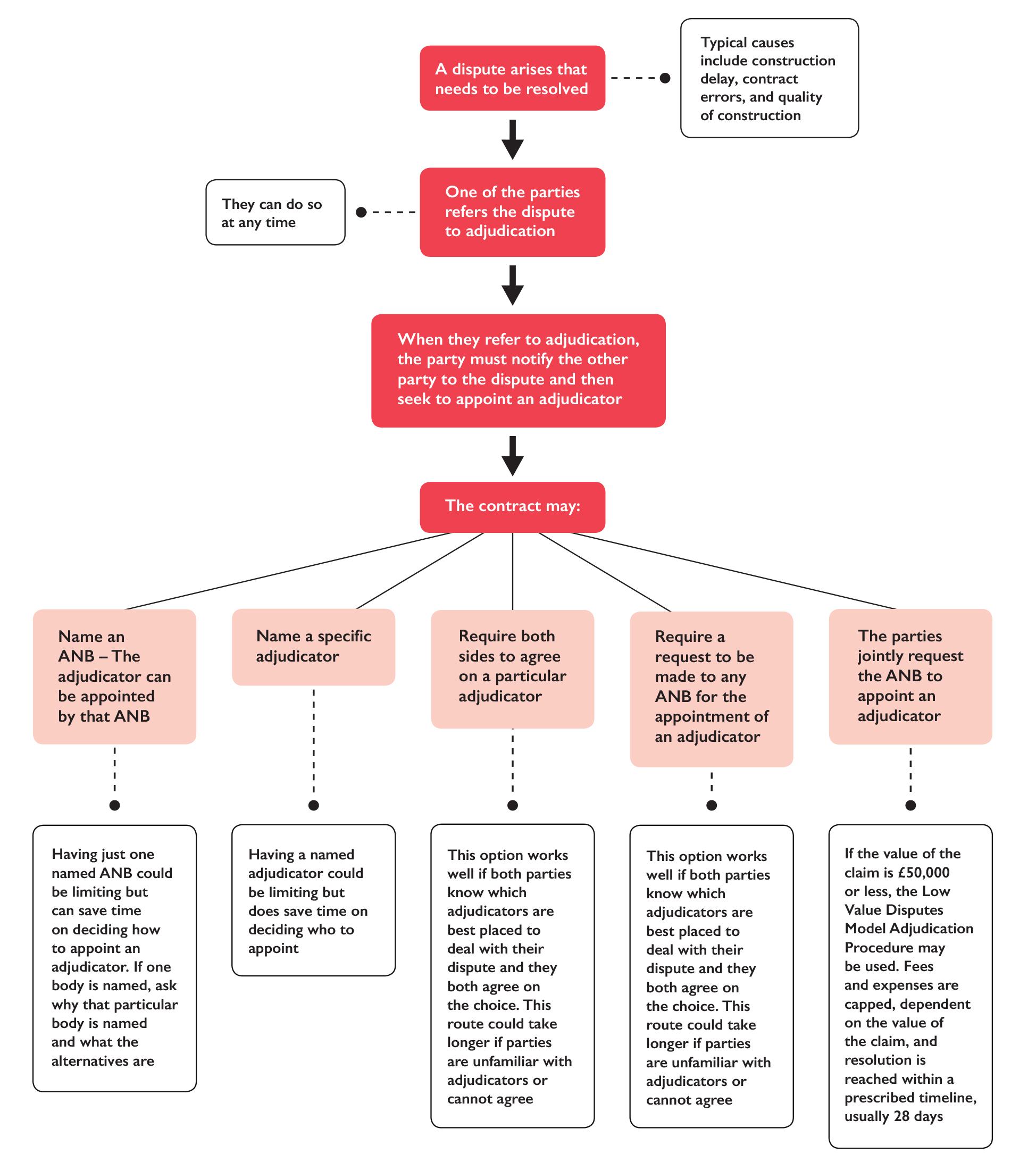 *The above is provided for information only and should not be relied on. It is the user's responsibility to verify the information with the most recent version and seek legal advice. Flowchart was created on 12 July 2021.

25 years since the Housing Grants, Construction and Regeneration Act: how can adjudication continue to meet the needs of the construction sector?

Beyond Construction: can adjudication be used more widely as a mechanism for resolving disputes? 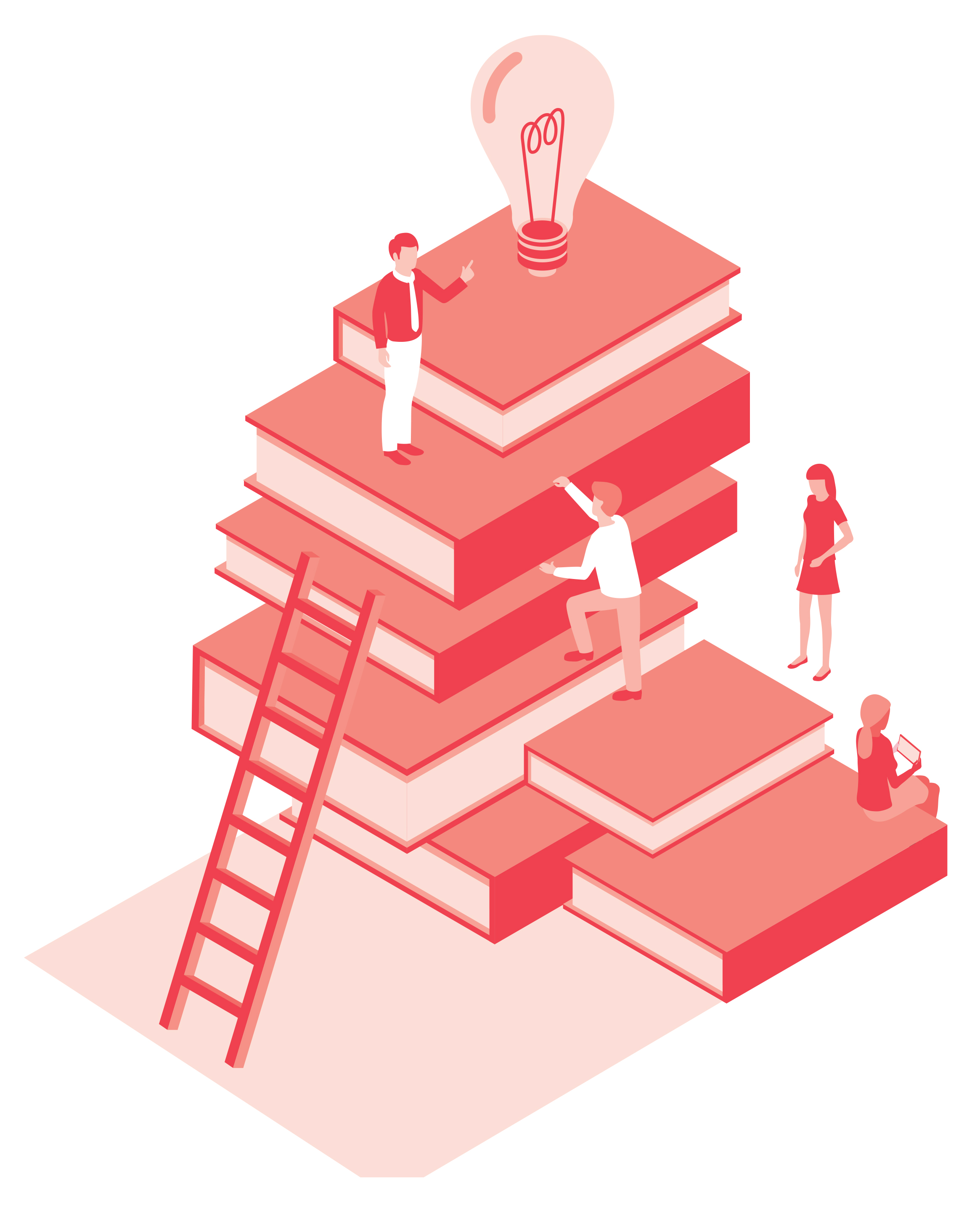 CIArb was founded with the aim of promoting the equitable and efficient resolution of disputes, while keeping them out of the court system. Established in the UK in 1915, CIArb is one of the world’s oldest and leading providers of ADR and its training and qualifications are amongst the most prestigious.

Statutory adjudication and CIArb originated from the same ethos, which makes CIArb the obvious choice when selecting an Adjudicator Nominating Body."

Mandatory adjudication for disputes arising out of construction contracts...

You’ve made the exciting decision to become an adjudicator and now you want to get your new career off the ground...