Donna Ross, the principal of Donna Ross Dispute Resolution, is an international mediator, arbitrator and commercial lawyer, admitted in New York and Australia with a French civil law degree.  She has extensive experience in commercial law, litigation and ADR and particular expertise in partnership, licensing franchise, IT and wine industry matters. Donna also teaches negotiation, mediation and arbitration.

I initially gravitated towards international arbitration, as I thought it was the best way to use my dual civil and common law background and because it was the most efficient means of resolving international disputes, due primarily to the enforceability of awards under the New York Convention.  It is also better for parties to have an international tribunal with recognised procedures as opposed to litigating in a foreign country.

As I continued to represent clients in adversarial proceedings, I specialized in settlement negotiations, which naturally led to me becoming a mediator, since I was already innately using many of the same techniques. I am a strong proponent of amicable dispute resolution, in particular for long-term relationships and parties from different cultures. However, not all disputes can be resolved entirely through mediation and having a definitive means of DR and a proper clause in a contract is a necessity.

I think this question ties in with the question on working in a predominantly male profession, as that is the biggest challenge. I don’t say this because it is difficult to work with men, it is because, especially in Melbourne, there is an old boys’ club mentality. This is not to say Australia is alone: the phrase “pale, male and stale” originated in Europe. It can be very difficult for a woman to build a career in countries where there are boys’ schools and men’s’ clubs and relationships are forged amongst peers. This is also the case in commercial mediation (as opposed to workplace or family law). Luckily, organizations such as ArbitralWomen (www.arbitralwomen.org) exist to support female practitioners and there are many more men nowadays who do also.

The challenges differ for mediation and arbitration. There is a disillusionment with arbitration at a number of levels, whether justified or not. At the government or state level, some countries are removing arbitration from BITs, are reluctant to join trade agreements such as TTP and TTIP due to the arbitration regime and are critical of ISDS and the ICSID system. This can be attributed in part to the general public’s unfavourable opinion of arbitration, in the U.S. in particular, where mandatory consumer arbitration is widespread, as well as in Australia, for example, in light of the Philip Morris case. Commercial parties are also unhappy with the cost and delay, as these were areas where arbitration was supposed to be better than litigation. The creation of international commercial courts is indicative of this tendency.

On the other hand, for now, mediation is growing domestically and with the advent of the Singapore Convention, this trend should continue internationally.

In Australasia, with the rise in mediation and its success, areas such as early mediation and deal mediation (or deal facilitation) are gaining ground.  This is not unique to the region, as corporate counsel in other countries have already recognized the value of having a neutral’s assistance early on, whether in deal negotiations or dispute settlement.

In the tech law realm,  ODR is making progress. I am on the Advisory Board of an innovative all-women led start-up, which will provide an online dispute resolution platform for facilitative and determinative DR called Immediation (Immediation.com). I believe that both nationally and internationally, ODR will afford parties with opportunities to save time and costs as well as offering millennials a process that is in sync with their lifestyle.

More than membership with CIArb, becoming a fellow has been most beneficial. When developing a practice, especially as a woman in a male-dominated profession, it is important to show that you are recognised by the leading institutions. Because CIArb has educational requirements for membership and fellowship, I  think that it provides more credibility than pay memberships to other institutions. Being on the faculty and teaching has also helped to build my reputation in the ADR community. I would recommend that newer practitioners join even as associates and take advantage of the CPD and networking opportunities.

My main interest has always been learning about other people and their culture. So of course travel is my main hobby. But as much as I love traveling, I am far from a tourist. We always go off the beaten track to see places where foreigners don’t go and interact with the locals. As a linguist, I speak several languages and always try and learn a few words in the local parlance. I believe the same principles of EQ (emotional intelligence) and what is now called CQ (cultural intelligence) apply to traveling and working in an international context. I am also an avid scuba diver and love to entertain: there is no price on good food, good wine and good company for building relationships.

If you could meet for a dinner a famous person, dead or alive, who would that be?

I usually don’t answer these types of questions, but having just seen “On the Basis of Sex”, I would love to meet Ruth Bader Ginsburg (although I did briefly once in a funny encounter at Nice Law School in the South of France). I would love to know where she found the courage and the gumption to continue to fight for her rightful place as a lawyer. I am not sure that I would have, but I strongly believe that her story is inspiration for all women working in a predominantly male profession, although thankfully much progress  - albeit not enough - has been made since her law school days. 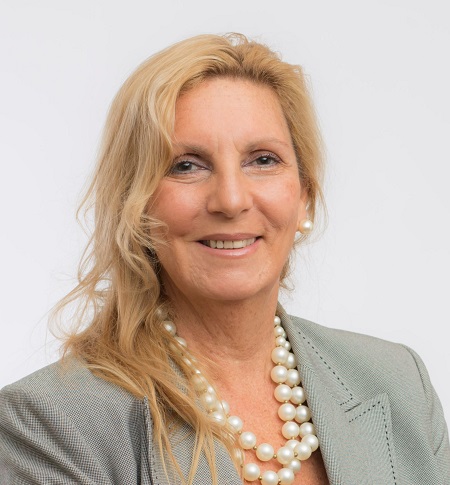