Anish is an experienced Independent International Arbitrator, Mediator and Lawyer with full rights of audience before Courts in India as an Advocate, England and Wales as a Solicitor Advocate and registered as a foreign lawyer in other jurisdictions. At present, Anish serves as inter alia a Board Member of the Chinese European Arbitration Association in Hamburg, Germany (CEAA), Vice President of the Society of Construction Law, U.K. (SCL, India), a Council Member of the Malaysian Institute of Arbitrators (MIArb), Governing Council Member of the Hyderabad Arbitration Centre (HAC, India), the Dispute Resolution Section Liaison for the American Bar Association (ABA) YLD, a Committee Member on the Board of the Solicitors Association of Higher Court Advocates, U.K. (SAHCA). He is also an Accredited Sports Arbitrator (by AIAC and endorsed by the Olympic Council of Malaysia).

In addition to having obtained CIArb’s Diploma in International Arbitration and consequently accredited as a Fellow, Anish also holds the following positions with CIArb: a Board Member on CIArb’s global Examination Board, a Regional Pathway Leader for the India and Middle East region (RPL is an elite distinction held by only about a handful of individuals in the world -- RPL's are certified as a Tutor’s Tutor in all fields of ADR and provide leadership for course quality monitoring in the region),  an Approved Faculty List (AFL) Course Director, Assessor and Tutor for all CIArb courses/trainings in International Arbitration, Domestic Arbitration and Construction Adjudication. He is also an AFL Assessor and Tutor for all CIArb courses/trainings in Mediation, part of the Core Committee of CIArb’s Young Members Group (YMG) in India and an Arbitrator on CIArb’s Business Arbitration Scheme (BAS) Panel.

Anish previously served on inter alia the ICC Commission on Arbitration & ADR (Paris), the ICC India Executive Committee and the Hong Kong Institute of Arbitrators (HKIArb). He is admitted on the Panel of Arbitrators/Mediators of over 60 (sixty) ADR institutes across the globe including in Europe, Africa, China, America, Asia, Ukraine and Russia. He is regularly appointed as an Arbitrator (including in ICC Arbitrations and ad hoc arbitrations under the [English] Arbitration Act 1996), Mediator and Tribunal Secretary in a broad spectrum of disputes. Anish has also acted as an expert witness on Indian law for proceedings in England and is regularly invited as a speaker on topics related to International Arbitration and ADR. You can view his detailed profile here: https://bit.ly/2KZCx0c

What got you interested in the legal profession and tell us about your journey thereafter towards specialisation in the field of ADR including any words of encouragement for those who wish to pursue a similar career?

That’s an interesting story (well, I think so) and goes back to before I was born. At the time my mother was pregnant with me, she had filed legal proceedings in Court against one of the world’s largest airline with its headquarters in Europe. Her good friend – today considered India’s leading labour disputes Counsel/Barrister and who argued on behalf of my mother in these proceedings – kept joking with my mother saying “Soosan, with the amount of times you keep coming to Court, just wait and watch – your child will end up being a lawyer”.

As a child, hearing this story growing up, I believed I was preordained into the legal profession (not knowing who or what a lawyer was). This formed the core foundation for my desire to become a lawyer and the following incident unequivocally cemented it (I recall this memory as if it happened only yesterday): I was 5-years old and sitting in front of the television screen while my mother was in the kitchen and my younger sister asleep in her crib. A show called ‘Street Legal’ was playing. I then see (keep in mind that my forthcoming words are narrated from my 5-year old self) a very well dressed man with a sharp confident demeanour walking from behind the room to the front and sat on a chair next to an old man with funny/strange clothing (a witness who was called to testify in the witness box located next to the Judge) and then a very scary/serious looking man with an imposing figure stood up (the lawyer cross-examining this witness) and started asking this seated man some questions – suddenly, after a barrage of questions, this man who was standing made this seated man break down and you can hear a gasp of joy/excitement in the air because the witness admitted to what he should not ordinarily have (such was my impression even as a 5-year old).

I then thought to myself, I need to learn what this man does for a living, so that I can convince my mother to give me some more gummy bears (or just candy/chocolate in general) – I have a sweet tooth and she didn’t allow me to have more than a sparing few in a week. I, then, immediately yelled out to my mother – who ran towards me in a hurry and I asked her “Mum, what does that tall scary man do for a living?” – she replies “He’s a lawyer – remember the story I keep telling you about when I was pregnant with you” – I then looked at her smiling (with my ulterior motive in mind viz. the gummy bears) and responded saying “Mum, I want to be a lawyer when I grow up” – to which she smiled and said “You need to study very hard for the rest of your life to become a lawyer” – I didn’t respond but merely thought to myself, it would be worth it if it meant learning the art to convince my mother to allow me to eat more candy/chocolate, especially gummy bears!

From that day, I wanted to be nothing but a lawyer – it was a surreal feeling when that day (finally) arrived. I have since worked tirelessly in my field of interest – dispute resolution. In time, I found a deeper calling viz. Alternative Dispute Resolution (ADR) and, as my profile will showcase, worked even harder towards it; and still continue to.

It’s not been easy. But I firmly believe that the truest test of an individual’s character is the innate ability to never (!) give up, no matter how insurmountable the task at hand may seem but to keep rising and standing tall no matter how many times the Universe might make you feel that all is lost – it is not (!) – those moments are merely the Universe’s way to test your worthiness – stand tall, keep rising and no matter the result, you shall be successful.

For those who desire a career in International Arbitration and/or Mediation, I say this – never (!) let anyone tell you that you are not good enough or haven’t been to the right school or don’t have the ‘right’ skin colour/sexual preference/geographical location/gender/age, etc. or that something can’t be done because it hasn’t been done before –– to those foolish short-sighted individuals who dare to say that to you, respond saying – “It has not yet been done as I have not yet done trying, and try I shall, until I succeed – so it has been said, so shall it be written and so shall history stand witness to it having been done – these are my words, mark them well so that you remember the day you faltered before me.”

What do you consider to be your biggest achievements in the field thus far?

In September 2019, I received the 40 under 40 Rising Star Award at the 4th Annual Legal Era Awards 2019 and in November 2019, I have been honoured by the Bali International Arbitration & Mediation Center (BIAMC), at their Annual Arbitration Summit, where an independent international jury of judges voted me as one of the Top 10 Arbitrators (under 40) in Asia Pacific for 2019.

What do you consider to be the biggest challenge in your career?

To have individuals look past my age / ‘youth’ and instead make them realise that a lawyer from India (or any ‘other’ country) is worthy acting as an Arbitrator (or even Mediator) even amongst the demi-Gods of the ADR world in multi-million/billion dollar disputes or even appointed in place of the more ‘traditional’ appointees to Tribunals. This is not an easy mindset or perception to change, especially in a country like India that has a predisposition to appoint individuals retired from a certain profession. However, I can finally see the light at a previously deadlocked dark tunnel – the light is distant and soft, but slowly, yet surely, it grows brighter and closer with each passing day. I look forward to the day when global companies and law firms look not at the age, gender or ‘appearance’ of whom they consider appointing as Arbitrator/Mediator but instead, look only at their education, abilities and experience.

Has your Fellowship with CIArb had any impact or benefit for your career?

To all those looking to enter the field of ADR and desire a globally recognisable starting point to that journey – look no further than CIArb. I am not saying this because of the positions I hold with CIArb or the fact that I am giving this interview – see my own profile and you’ll see the change from before to after accreditation as a Fellow with CIArb – that’s an incontrovertible fact.

My training with CIArb and consequent accreditation as a Fellow (FCIArb) has been a pivotal point in my professional journey as an Independent Arbitrator and Mediator – the turning point that propelled my career.

Many individuals from countries in Asia and Africa have a misplaced notion that CIArb is meant for the elite of the ‘western world’ because of the high cost of its trainings and annual fees payable – to be honest, I had this very chain of thought as well – but, that thought is penny-wise pound-foolish. I have a very simple saying – you pay peanuts and you’ll get monkeys in return.

The correct way to look at this is not the fact that we are ‘spending’ on our careers but investing in it and ourselves. Ask yourself: when your child is unwell – would you or your spouse say “let’s go to the cheapest doctor” or would the instinctive reaction instead be “let’s immediately get our child the best possible medical care we can afford”.

A key reason to choose CIArb courses and accreditations is because of its uniform standards of quality and imparting of training across the globe – such that when someone is accredited as a Fellow of CIArb, the ADR community at-large knows that such individuals are of the same league/grade/quality/ability whether they are from an Asian, African, American, Oceanic or European country – they are all assessed by the same standards and passing benchmarks. I must confess, there are many other regional training institutes and I would encourage you to undertake their accreditation programmes too – to gain specialised local/domestic knowledge/accreditation; but I strongly recommend you first start with CIArb and then undertake these (as I have done) to further supplement your education/training – to do so in this manner would mean that you started on a solid global foundation stone from which you can propel yourself to incalculable heights.

To conclude my answer to this question – from those of us voted as amongst the Top 10 Arbitrators (under 40) in Asia Pacific for 2019, three of us are members of CIArb!

I am an avid amateur numismatist, philatelist, antiquarian and technology enthusiast (in particular bio-tech viz. medical applications of nano technology).

If you could be a film/book character for one day who would it be and why?

Fred Astaire whenever he dances with Ginger Rogers – and if anyone has to ask ‘why’ when I say this, then no answer will ever explain something that needs no explanation.

To live in the time of the Code of the Round Table o’Camelot and pull The Excalibur from the stone just before Arthur did – then perhaps, in that ‘one day’ I could have changed history. 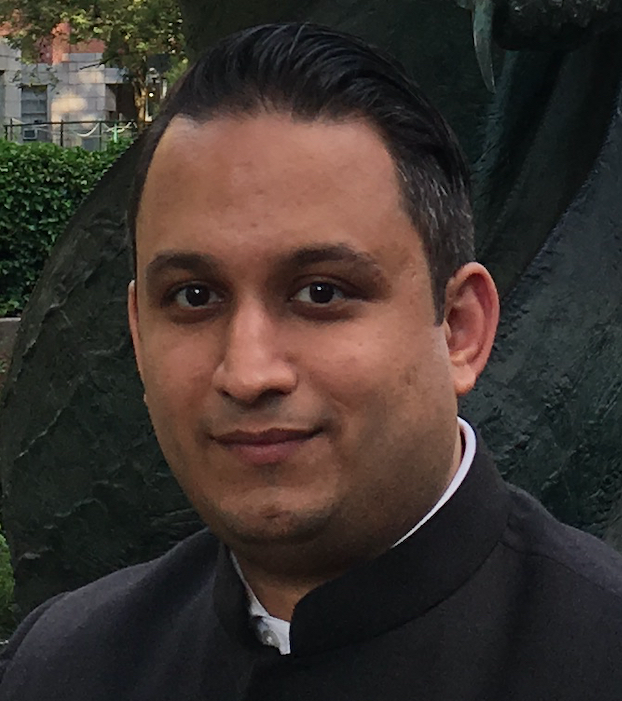