James Clanchy FCIArb, is an arbitrator, associate member of Six Pump Court Chambers in London, and Honorary Secretary of the London Maritime Arbitrators Association (LMAA). He is a solicitor (non-practising) of England & Wales (admitted 1990) and a former avocat at the Paris bar (1994 – 2008). For four years (2008-2012) he was Registrar and Deputy Director General of the London Court of International Arbitration (LCIA). His background as a lawyer is in shipping, energy and commodities. He works part time for LexisNexis UK on its LexisPSL Arbitration practical guidance service. The opinions expressed in this interview are entirely his own. 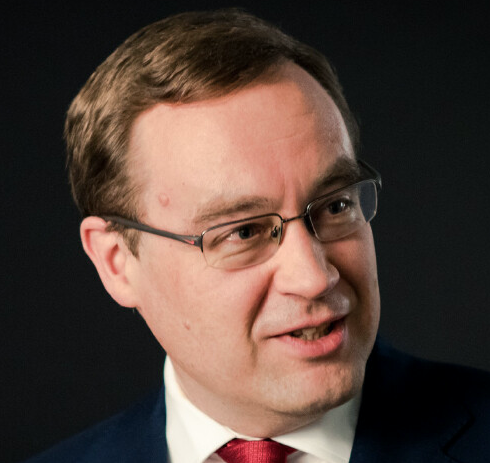 Why have you decided to specialise in arbitration and adjudication? Tell us about your legal journey to ADR.

I was fortunate to be introduced to arbitration when I was a student, during a summer vacation placement with Baker McKenzie in London. It was an ICC arbitration between pharmaceutical companies and it was seated in Geneva. I was fascinated by the process and by the intercultural aspects.

Three years later, when I was a trainee at Withers, my third seat was the firm’s Paris office, which specialised in shipping and commercial disputes. I was given responsibility for handling a number of documents-only LMAA arbitrations for French and Algerian clients and I assisted with arresting ships at French ports in support of London arbitrations. I returned to Paris after qualifying as a solicitor and spent four busy and happy years there.  Back in London, I joined HFW where my experience widened and deepened, including trade association arbitration. This, combined with my common and civil law knowledge, stood me in good stead for my next role at the LCIA. Having subsequently spent two years in third-party funding and after the event insurance, including assessing investment arbitration claims, I was well qualified for my current role at LexisNexis, which covers every kind of international arbitration.

I took the accelerated courses for Fellowship, and the award writing exam, and was admitted as an FCIArb in 2015. I accepted my first appointment in 2016. As an arbitrator, I have returned to my roots with a growing caseload of mainly shipping and international trade disputes.

Are there any developments in the field of ADR which you consider to be current “hot topics”? What is your opinion on them?

"Hot topics” can be a nuisance in international arbitration. To its commercial users, they can give the false impression that the process is riddled with problems. Sometimes there are genuine issues which should concern us all (such as diversity and inclusivity) but too often non-issues, and topics which are of interest only to an elite, are blown out of proportion. Recent examples include:

In terms of diversity in the legal profession, do you feel that you have seen real change? What more still needs to be done?

Yes, I have seen real change in the legal profession but it has been slow. Withers elected women as senior and managing partners back in the 1990s but other City firms have taken a long time to do similar things.

But arbitration and ADR are about more than the legal profession. It is disappointing to see exclusionary conceptions of diversity develop in the international arbitration community. The ICCA Cross-Institutional Task Force on Gender Diversity in Arbitral Appointments and Proceedings published its report in 2020. It non-persons non-lawyer arbitrators, ignores ad hoc arbitration, and treats small claims as suitable only for arbitrators early in their careers. Institutions should have a think about their own biases.  There is a great deal of work to be done to address diversity in all its forms, including gender, race, age, socio-economic background, education and viewpoint.

At the LCIA, we introduced a paid internship and gave priority to candidates who had not previously had such opportunities. It astonishes me that, ten years later, some other institutions still have unpaid internships. As a member of the board of the London Chamber of Arbitration and Mediation (LCAM), I was pleased to be involved with establishing a diverse panel of arbitrators and mediators in 2020.

What is the best thing about being a Member/Fellow of the CIArb?

CIArb is unique. It is a professional institute for arbitrators and ADR neutrals who already have a different primary profession, whether it be, for example, lawyer, accountant, surveyor, engineer, broker, architect or naval architect. This diversity is the best thing about being a Fellow. It brings perspectives, ideas, support and inter-disciplinary links and friendships.

Arbitration is built on trust and on networks of trust. Choices in arbitration are necessarily subjective. Databases, data analytics and artificial intelligence cannot replace professional networks. Our institute, with its international reach, fosters trust across borders.

I have been privileged to be a member of the Professional Conduct Committee for the last three years. The setting and maintenance of professional standards is a function of any professional institute. It is a special challenge in the CIArb because the profession is a second or adjunctive career for its members and because it spans so many jurisdictions.

Are there any interesting developments in your CIArb Branch?

London Branch has a fantastic new website: https://londonarbitrators.org/ It was the initiative of Gill Mansfield, FCIArb, our former Hon Treasurer. Ben Giaretta, C. Arb, Branch Chair and Natalia Otlinger MCIArb, Public Relations Officer, helped it come to fruition.  I served as Branch Hon Secretary from May 2020 to May 2021 and oversaw the election to the Committee this year. A third of the places on the Committee had to be filled. It was a contested election and was conducted online. We saw a good level of interest from members and all the candidates were excellent.

A page of the new website is devoted to profiles of the current Committee. It is diverse in ways which I have mentioned above and is, I hope, representative of the Branch’s membership. The Committee is indebted to its predecessors, including former Chairs, Irvinder Bakshi C.Arb FCIArb, and Paul Rose C.Arb FCIArb, who did much to encourage the diversity which the Branch now lives.

The Branch’s programme of online events during the Covid-19 crisis attracted hundreds of attendees from around the world. I should like to mention an initiative, which is exclusively for Branch members, the successful lunchtime virtual roundtables organised by Daniel Djanogly C.Arb FCIArb, Branch Vice Chair, which give members opportunities to discuss issues arising in their practices.

Tell us a short war story from your arbitration experience.

In my first week in the role of Registrar of the LCIA, in April 2008, I signed a certificate on a copy of an award.

This had been an ad hoc arbitration, which the LCIA had administered under the UNCITRAL Arbitration Rules.  The cover of the award was different from the standard LCIA cover and had ‘UNCITRAL’ in big letters.

I was taken aback to learn some months later that my certificate had been scrutinised by the Austrian Supreme Court and found wanting (3 Ob 35/08f, 3 September 2008). The court refused to enforce the award, finding that my certification did not meet the requirements of Article IV of the New York Convention. The court studied LCIA Rules, article 26, which deals with awards, and noted that art 26(5) did not stipulate which organ of the LCIA was to certify copies of awards. It concluded that the ‘so called registrar’ had no power to do so.

The court should have realised that the LCIA Rules were irrelevant but its strict analysis of the provisions of NYC, Article IV (1)(a) (‘a duly authenticated original award or a duly certified copy thereof’) cannot be faulted.

In my new role as Honorary Secretary of the LMAA, I have deposited my signature with a scrivener notary, ready for the authentication of certificates that I might make.

Tell us about your interests, hobbies or activities outside of work.

I collect books. My background photo on LinkedIn is of a shelf from my collection.  There are connections between my work and my hobby.  Some of the finest printing houses over the last 500 years have been in port cities.

About 20 years ago I was in Antwerp to investigate a container stack collapse on a vessel which had limped into port after a storm in the Atlantic. I had an opportunity to visit the Plantin-Moretus museum, the family home and printing works of the publishing dynasty founded by Christophe Plantin in the 1550s. It’s a jewel of a museum, fixed in time like the Sir John Soane Museum in Lincoln’s Inn Fields. Last year, I acquired an edition of Virgil’s complete works, printed by Christophe Plantin in Antwerp in 1575. It’s a big show-off book, full of footnotes in different fonts.

In Glasgow, where I spent my childhood, the Foulis brothers, Robert and Andrew, became printers to the university in the mid-18th century. Their Greek books are particularly admired. I have their little edition of poems of Anacreon and Sappho. The Scottish Enlightenment, in which the Foulis brothers were stars, will be recalled at the ICCA congress in Edinburgh in 2022.