Let me refer to my story published in "Women Pioneers in Dispute Resolution". At the age of 22 I started working in a small law firm. During my term as a legal intern, the firm was engaged to represent a client in an arbitration case seated in Atlanta. Without even knowing the definition of 'arbitration', I began to assist with the preparation for a complicated case. For a year I worked tirelessly on this case and as the youngest member of the team, aged 24, I also attended the hearing in Atlanta. This was my very first arbitration experience, which was unique and exciting for a very young lawyer like me. The turning point of my life, however, was when the lawyers responsible for arbitration cases left the firm a year later to establish their own practice; suddenly I was the only one in the firm with any experience at all in arbitration. I was just 25 when I was handed a file for a case in Geneva. It was my first arbitration case in which I was the sole counsel and this was the beginning of my journey in ADR.

An important development in the field of ADR education is that the first ADR Masters Programme in Turkey started in October 2018 at Uludag University in Bursa with the cooperation of CIArb and Bursa Chamber of Commerce and Industry Arbitration and Mediation Center.

With respect to legal developments, the Law on Mediation in Civil Law Disputes entered into force in 2013. As such, mediation started on a voluntary basis. However in order to minimise the heavy work load of the local courts and to raise the awareness to the use of ADR mechanisms, as of 01.01.2018, for certain "labor disputes" mandatory mediation was adopted as a pre-condition to litigation. Given the high rate of success in labor disputes, a new Law came into force on 01.01.2019 stipulating that "commercial disputes" where the subject matter is a monetary claim will also be subject to mandatory commercial mediation as a pre-condition to litigation.

Being a woman in itself is challenging, yet amazing. It is a gift. No matter if it is male dominated or not, I will just continue what I have been doing so far, i.e. I will keep on working hard.

The prestige and reputation of the CIArb is a perfect match for what I do in my professional life. The Institute provides an invaluable forum to share and broaden knowledge through its accredited training courses, seminars, lectures and publications and to get to know other professionals in the field.

I consider myself lucky and privileged to be appointed as the first female chair of the CIArb European Branch for the 2011-2014 term and also the youngest chair ever appointed, and to be appointed as the first female member of the ICC Court of International Arbitration on behalf of Turkey in 2018. But above all, I like to share my knowledge in ADR with students and young practitioners and in that regard I spend a considerable amount of my time with giving lectures, trainings and mentoring. I always believe that knowledge grows when shared and what makes me proud and happy is to be seen as a role model by the students and young practitioners not only from Turkey but also various parts of the world.

I like to paint when I have free time. It is just a hobby though and I am not a professional. I do reproduction paintings and as soon I finish a painting, I immediately have it framed and hang it in my office. My office looks like a mini art gallery filled with my colourful paintings and also my mum's, who by the way is a professional artist. Maybe one day I can have my own exhibition, who knows! I also like dancing and skiing.

Tell us a short war story from your ADR experience.

I was once involved in an international arbitration case where I was the counsel for claimants for non-Turkish parties for a commercial dispute including bankruptcy, where various types of guerrilla tactics (such as challenging the arbitrators with no grounds, unsolicited submissions, intimidating witnesses, starting a groundless criminal action against my client, appearing at the hearing but somehow refusing to conduct a witness examination, insulting the witnesses) were employed by the respondent. I had to not only defend the interests of the clients, but also fight with all the guerrilla tactics and obstructionist attitudes of the other party. Luckily my clients prevailed in this arbitration!

If you could meet for a dinner a famous person, dead or alive, who would that be?

It would be Mustafa Kemal Atatürk, who is the founder of the Turkish Republic and its first President. Atatürk was not only a great man for Turkey, but was also one of the greatest men of the 20th century. It would have been an honour for me to meet him to have the opportunity to thank him for all that he did for my country.

Atatürk once said "Everything we see in the world is the creative work of women". After the establishment of the Turkish Republic in 1923, Turkish women gained the right to be elected to the municipal councils in 1930 and to the parliament in 1934. As such, Turkish women gained these rights in a relatively shorter period of time compared to other nations.

It would be the Victory Day of Turkey, i.e. 30th August 1922. The 30th day of August, which is also my birthday, is marked as the final step to Turkish War of Independence. This day is registered in history as the Victory Day of Turkey and is celebrated annually in commemoration of the victory in the 1922 Battle of Dumlupinar in the Turkish War of Independence, thanks to Mustafa Kemal Atatürk. It is truly special to be born on this day! 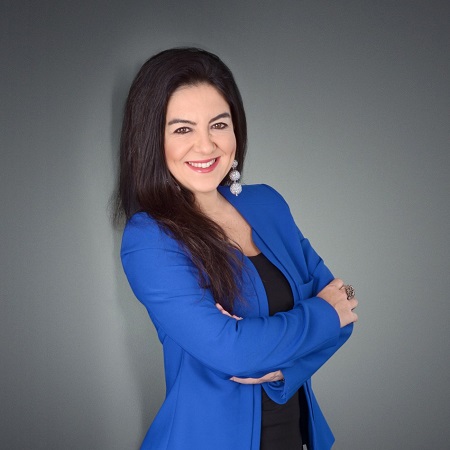