On 27 May 2022, the newly launched CIArb Pakistan Branch held its inaugural Conference on Judicial Perspectives on Domestic and International Arbitration in Pakistan.

The conference attracted over 800+ delegates who heard from a brilliant line-up of speakers including many key figures from the Pakistan judiciary. Sessions covered topics including the role of ADR centers and commercial courts in increasing foreign investors’ confidence; ADR global perspectives, energy and power arbitration in Pakistan, standardization in arbitration practice, procedure and process; and dispute resolution, a client’s perspective. The conference also launched Pakistan’s first construction disputes report co-authored by the Chair and Vice Chair of the Branch which is available at www.PCDR.pk

The conference culminated in the ratification of the Lahore Arbitration Declaration – a positive step towards embedding alternative dispute resolution in Pakistan:

Conference on Judicial Perspectives on Domestic and International Arbitration in Pakistan

Whereas it is recognised that commercial courts and arbitration are the main components of an eco-system of efficient dispute resolution.

And Whereas it is affirmed that Pakistan with the help of CIArb will take the following concrete steps to create this international eco-system in order to attract domestic and foreign investment to Pakistan.

And Whereas it is realized that the CIArb Pakistan Branch Inaugural Event of 27 May 2022 has concluded with practical steps on how to realize the objective.

Now, therefore it is unanimously declared and proclaimed:

1. To set up ADR centers and Commercial Courts in all provinces and autonomous areas of Pakistan in order to strengthen investor trust.

3. To devise a judges training program with assistance from CIArb in the District Courts of the Punjab and to be expanded to all provinces and autonomous areas of Pakistan.

4. To conduct capacity-building programs with assistance from CIArb for lawyers, arbitrators and practitioners of arbitration.

5. To build a repository of judicial decisions on commercial disputes and arbitration.

6. To adopt and meet the CIArb London Principles.

7. To compile a book of the proceedings of this CIArb conference in Lahore on this 27th day of May 2022.

8. To ensure annual conferences, workshops and seminars to reinforce commitments made in this declaration.

9. To work for the enactment of a new arbitration law based in the UNCITRAL Model law.

In the presence of 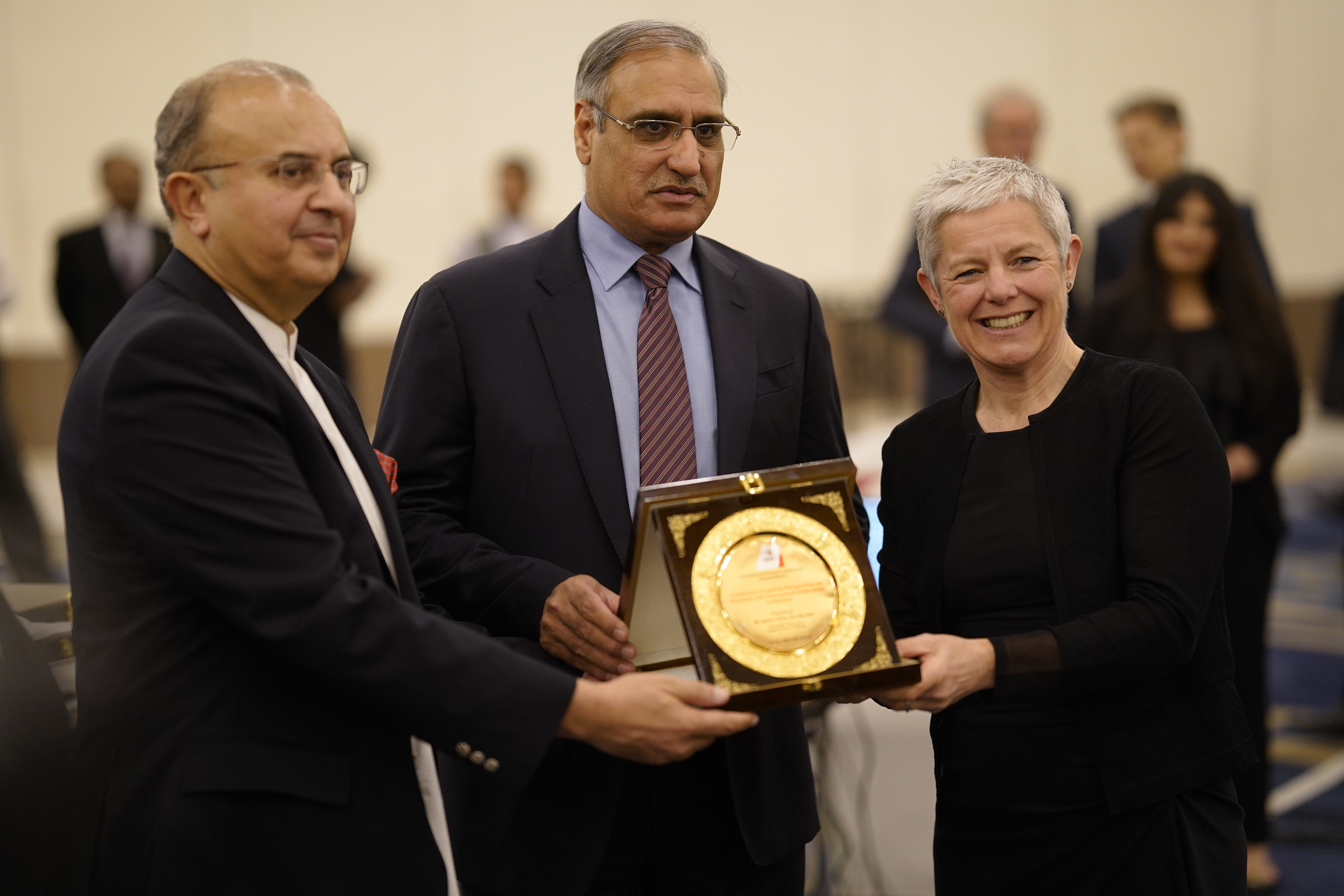 On 8 June 2022, the International Federation of Commercial Arbitration Institutions (IFCAI) appointed CIArb’s Director General, Catherine Dixon, to its Council along with several other new Council Members, all of whom are prominent and influential members of the ADR community.

On 8 June 2022, the Master of the Rolls and Head of Civil Justice in England and Wales, the Rt. Hon. Sir Geoffrey Vos delivered the 12th Roebuck Lecture on “Mandating Mediation: The Digital Solution” at 12 Bloomsbury Square to both an in-person and online audience.

CIArb in attendance of the EFILA conference in Amsterdam

On Thursday 9 June 2022, the annual European Federation for Investment Law and Arbitration (EFILA) conference took place in Amsterdam, The Netherlands. The one-day conference featured four panels with many expert speakers, and focussed on the all-important question of “is the EU still an attractive investment destination?”