London maritime arbitration: an influencer for the 2020s

Maritime arbitration is the quintessence of international commercial arbitration. It falls squarely in the definitions of ‘international’ and ‘commercial’ in Article 1 of the UNCITRAL Model Law and it is found all over the world, in institutions as well as in its traditional ad hoc form.

The CIArb has a long history of welcoming and training maritime arbitrators from diverse countries, backgrounds and professions including shipbrokers, traders, chartering managers, engineers, naval architects, and master mariners. It is running a nine-day International Maritime Arbitration course in Dubai from 18 March 2020 in conjunction with Middlesex University and EMAC (the Emirates Maritime Arbitration Centre).  Details can be found here.

The institute’s past presidents include the legendary Cedric Barclay, the doyen of English commercial arbitrators.  He was a co-founder of ICMA, the International Congress of Maritime Arbitrators, which was conceived during a boring part of the 4th ICCA (International Council for Commercial Arbitration) congress in Moscow in 1972.[1]  ICMA XXI is to take place in Rio de Janeiro in March 2020 and the 11th Cedric Barclay Lecture will be in the programme. [2]

Despite its centrality in international commerce, its scale, range and diversity, maritime arbitration often finds itself marginalised in gatherings of arbitration practitioners and confined to footnotes in textbooks, learned articles, rules and guidelines.[5] It can be treated as a specialised sector-based form of arbitration of interest only to the shipping industry as if the cargo loaded on ships was other ships and as if ships were built by ships’ crews.

The reality is that maritime arbitration is open to all parties who encounter ships, which means anyone involved in international trade. It has been used for centuries, even millennia.  Venice, Genoa, Paris and New York have all been leading centres at one time or another.  Singapore and Dubai are looking to become important seats in the 21st century. In the meantime, London remains in first place as we enter the 2020s.[6]

The advantages of London ad hoc maritime arbitration, including flexibility, speed, and expertise, have been ably set out by Paulo Fernando Pinheiro Machado FCIArb in a CIArb Features article last year.[7]

What is rarely appreciated is the influence which London maritime arbitration has had, and could have, on the development of international commercial arbitration. Here are a few examples of ways in which it has been ahead of the curve:

As Lord Mustill said in the first Cedric Barclay Lecture at ICMA X in Vancouver in 1991, ‘The voice of maritime arbitration is not heard as it should be.  Too little is said to those who ought to be listening, about its practices, its importance and its theory.’[14]

James Clanchy, FCIArb, Aspiring Full Member of the LMAA, is an arbitrator in independent practice and an Associate Member of Six Pump Court chambers.  He works part-time for LexisNexis UK on Lexis®PSL Arbitration. The views expressed in this article are entirely the author’s own and are not necessarily those of his current or any former employer or of any organisation with which he is, or has been, associated. 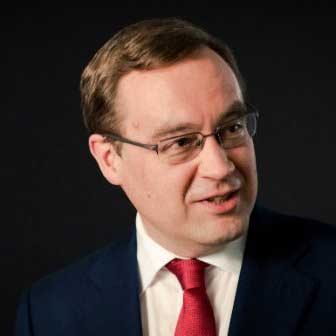