I decided to specialize in ADR because I always considered that disputes could be resolved in a more amicable way as opposed to the usual adversarial way as is common in my jurisdiction. Further, I have always been a strong proponent of the maxim that ‘justice delayed is justice denied.’ Increasingly, the adversarial system in Kenya has suffered immense backlog of cases in court leading to a delay in justice, leaving many Kenyans aggrieved. ADR offers, in my opinion a faster, cheaper and more amicable way of resolving disputes.  Aside from the above, ADR offered an area of practice that for a long time had been largely underdeveloped in Africa and especially among women. I always like a new challenge and since my university days decided to cut my teeth into it.

There are indeed many challenges to overcome in arbitration/mediation as a female practitioner. Indeed, the challenges may be said to be more if you are a young female practitioner in a developing country. My biggest challenge so far has been to access as many opportunities to gain experience especially in international arbitration and mediation compared to my counterparts in Europe and other developed countries. Access to such opportunities within Africa is limited and as a young practitioner this experience is vital for one to compete on a global front. Securing funding to relocate to more established jurisdictions in ADR either for postgraduate studies in ADR or internships/jobs becomes a huge obstacle for many young female practitioners such as myself. I remain optimistic that there can be more support for us in future to ensure equal access to these opportunities which will grow arbitration in Africa.

As Ifeanyi Enoch Onuoha stated, ‘To fulfill your vision, you must have hindsight, insight and foresight.’ At the beginning of my career, the most valuable piece of advice I would give myself would be to not let fear or self-doubt hinder my pursuit of the goals I wanted to achieve. I was pretty sure from a young age that I wanted to specialize in ADR but I let self-doubt get in the way on too many occasions than I would like to admit. Over time though, I keep reminding myself that it is better to try and fail, than not to try at all.

Working in a predominantly male field such as ADR is certainly an interesting ride. However, it is not too different from the legal profession which I have been part of for a slightly longer time. The helm of the legal profession and the ADR profession has been dominated by men since time immemorial. Despite this discrepancy in representation, this has fortified my resolve to work harder and seek more knowledge to ensure that I also get to the top as the men have in the past. My appetite for risk has grown and so has my confidence levels, which are traits I have found generic in men at the helm in ADR. Lastly, I have resolved to open more doors for women in ADR should I get to the helm so that there are more of us there; and hopefully take over!

Joining the Chartered Institute of Arbitrators has been pivotal point in my career. The Institute offered me a glimpse into ADR by firstly training me and later on exposing me to other opportunities in ADR globally. Perhaps my only regret would be that I didn’t know of it until the year I was graduating from the University. It is for this reason that I made it my core business to ensure that the Young Members Group, Kenya Chapter conducts as many university visits because more students need to tap into the Institute’s resources as early as possible. It has also offered me excellent networking opportunities which I certainly would not have accessed as easily. I truly remain indebted to the Institute for this.

If you could be a film/book character for one day who would it be and why?

As Bryan, CJ stated, ‘Not even the devil himself knows the heart of man.’

I would certainly want to be Dom Cobb (Leonardo DiCaprio) in the movie, Inception. It certainly would be nice to enter people’s dreams and see what really happens in their subconscious mind! This would certainly come in handy especially in mediation as I would then have a deeper glimpse into the thoughts of the parties, leading to a better understanding of their dispute and hopefully assist them resolve it faster. I would probably also get up to some cheeky things as well (tongue in cheek). 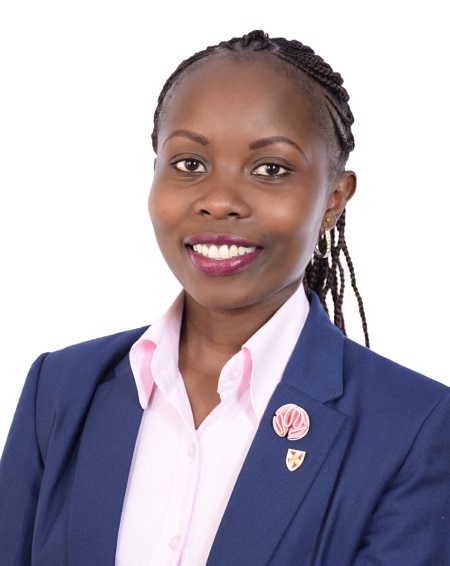