The 2020 Alexander Lecture delivered by Professor Richard Susskind OBE focused on the ways that technology can be applied to dispute resolution both now and beyond. Professor Susskind challenged the audience to consider the difference between how technology can be used to automate existing processes and how it can be used to transform those processes into more effective options for the future. He gave many examples of how this concept can be applied and discussed how COVID-19 has affected the conversation. Finally, he gave a glimpse of a potential technologically transformed dispute resolution industry and encouraged the audience to actively examine their role in building it.

To begin, Professor Susskind discussed mindsets that exist in dispute resolution. He noted the example of the power tool maker, Black + Decker, and its corporate mindset that customers do not want drills, they want the holes the drills make. He asked, what is it then that the users of dispute resolution really want and how do the available options currently meet those demands. He noted that we should not think of the future as a quicker, better, lighter version of what we have today. Rather, we should think more deeply about the value we bring in a technology-based society and how we can bring such value in entirely new ways. Here, Professor Susskind introduced the concepts of automation and transformation as mindsets. Automation, he said, is applying technology to existing processes but without the goal of changing the process itself. Transformation, on the other hand, is creating new and better processes to apply technology to.

Looking at the COVID-19 crisis through this lens, Professor Susskind noted that hearing rooms around the world closed in early 2020, forcing the mechanisms of dispute resolution to switch to remote technology. This meant moving primarily to audio hearings, video hearings, and paper-only proceedings. Video hearings were the predominant choice and are working well. But Professor Susskind warned that simply switching to remote dispute resolution processes does not mean the future has arrived. The underlying processes are still the same. Professor Susskind then expressed his belief that what we are seeing in 2020 is a consultation exercise on a massive global scale. Data should be gathered about what works and what does not. This will then help industries to move through the five phases of recovery he foresees: mobilisation, lockdown, emergence, surge of activity, and equilibrium. However, he notes that the equilibrium reached in the coming years will not look like the equilibrium of 2019.

Professor Susskind observed that, so far, we have seen a significant acceleration in automation but an overall decrease in transformation. Technology is being used simply to help us do the same work as we have always done. Modifications such as online hearings and home working are not transformations but simply accommodations that were made possible through automation. In the same way, the closure of hearing rooms and courts has not translated to any time or cost savings for parties but rather an automated version of the same fundamental processes. Automation without transformation of dispute resolution and court systems must beg the question, “is a court a service or place?” The answer to this fundamental question will significantly impact the future of legal professions.

Professor Susskind suggests that there are two options for moving into the future. The first is a reassuringly familiar option where technology improves the profession while the other is a challenging option where technology is seen as disruptive. Currently, technology is transforming many professions from medicine to journalism, taxes to architecture, even religion. But what about technology transformations that could be in store for dispute resolution? We are moving into a world where the first ports of call for many clients and customers will not be traditional advisers, but some sort of online service or network. 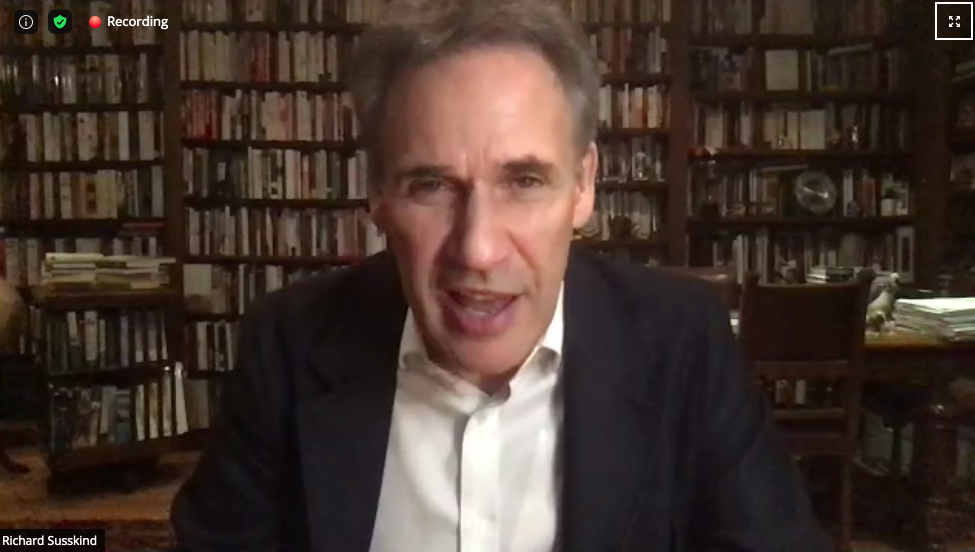 Technology has grown at an exponential rate. Innovations have become increasingly capable, pervasive, and connected. There is no finishing line for this growth either, nor are there periods of plateau. Artificial Intelligence, or AI, has the potential to harness this growth in technology and impact the legal profession in ways that could not be imagined in its inception. The initial wave of AI led to the development of software that could quickly apply a process of mass decision trees, giving clients answers in minutes rather than weeks. But even this was nothing compared to the potential reached with the advent of the internet as a practical and efficient platform cutting out the need for isolated products. The exponential increase in brute force computing power has also been a factor. Further, computers now have the ability to take information that is programmed in and learn to create new outcomes. This begs the question of the relevance of a single practitioner with a limited knowledge base when compared to a computer with an extensive database, massive computing power, and an ability to be creative.

Almost all the short-term predictions being made about the implications of AI in law practice hugely overstate its impact, but long-term predictions hugely understate its impact. AI may not radically alter the landscape in the next decade, but by 2030, Professor Susskind predicts radical changes will occur. However, it is tempting to fall into the trap of mistakenly assuming that the only way to develop systems that perform tasks to an expert level or higher is to replicate the thinking processes of human experts. This is the “AI fallacy” and can be seen in the example of a self-driving car. A self-driving car does not need an anthropomorphic robot with hands and feet to drive it. Self-driving cars simply remove the need for a driver of any kind. This is important for dispute resolution practitioners to remember as well.

There are numerous tasks in dispute resolution which we might mistakenly believe we should create systems for that replicate what human experts currently do. Examples include, document review, research, making judgments, and oral advocacy. Computer programmes already exist that can predict the outcome of patent suits with exceptional accuracy. This is done, not by applying precedent, but by simply analysing the data of the case, such as the judge, the law firms appearing, the type of claim, and the identity of the parties. Could the same be applied to the determinations of arbitrators? That is far in the future but not impossible. When a client asks a practitioner, “what are my chances of winning or losing?” they are seeking a probability, a question that technology can answer. It turns out that computational statistics are more capable of predicting the outcomes of disputes than lawyers. Consider the possible application of such predictive AI in jurisdictions where backlogs create waiting periods of many years for parties to have a hearing. Parties could feasibly be offered the option of submitting their dispute to be analysed by a predictive computer with a 97% accuracy as an alternative to waiting or to another dispute resolution option.

While some might ask, “what does all of this mean for the future of dispute resolution,” Professor Susskind says that this is the wrong question to ask. Instead, we must ask, “how in the future will we solve the problems to which dispute resolution mechanisms are currently the best answer?” Users do not want the dispute resolution process; they want the outcomes that these processes bring. Ways in which these processes could be transformed by AI to reach the same outcomes include asynchronous online judging, extended court services, and the elimination of the need for oral advocacy.

The event concluded with a Q and A session led by CIArb President, Francis Xavier SC PBM C.Arb FCIArb, followed by closing remarks from CIArb Director General, Catherine Dixon, who observed that technology had allowed the Alexander Lecture to happen this year and with an international audience of 1,118. She further noted that CIArb aspires to be at the forefront of innovation and transformation in dispute resolution. CIArb has a track record of doing so and will continue to look beyond the COVID-19 crisis to innovations that serve the users well into the future. CIArb is dedicated to advancing new solutions with our goal of increasing diversity at the forefront. She concluded by encouraging CIArb members to get involved, actively shaping the future of dispute resolution. 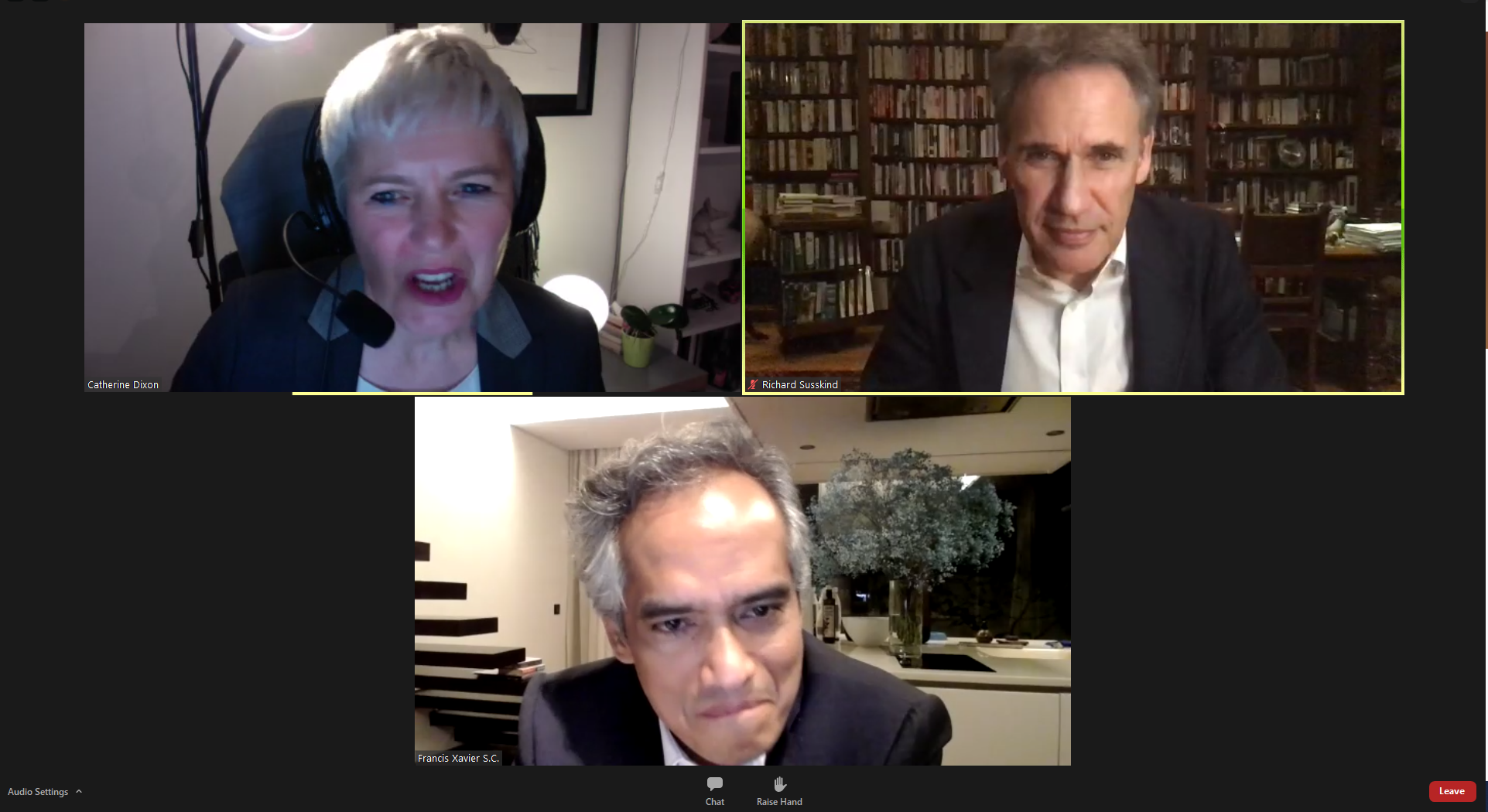 Unleashing the Arbitration Project Manager Within

Amanda Lee FCIArb, Arbitrator and Consultant at Costigan King, London, shares her thoughts on the importance of project management in ADR today. Ciarb’s Principles of Project Management Applied to Arbitration is an on-demand course led by Amanda.

Ciarb is delighted to announce the first anniversary of its contract as the sole provider of Arbitration Referral Services to the Pubs Code Adjudicator (PCA) and welcomes four new Pubs Code Confident Arbitrators.

We asked George Lambrou FCIArb for his views on what international maritime arbitration holds in 2023. George is the Course Director for CIArb's Virtual Diploma in International Maritime Arbitration which starts on 5 April 2023.