From 19 to 22 November 2019, the first New York Arbitration Week (NYAW) took place at multiple venues in Midtown Manhattan and, by all measures, was a great success.

The substantive programming and social events all took place at full capacity. NYAW kicked-off on Tuesday evening, 19 November, with a cocktail reception that set a high energy level for the week. 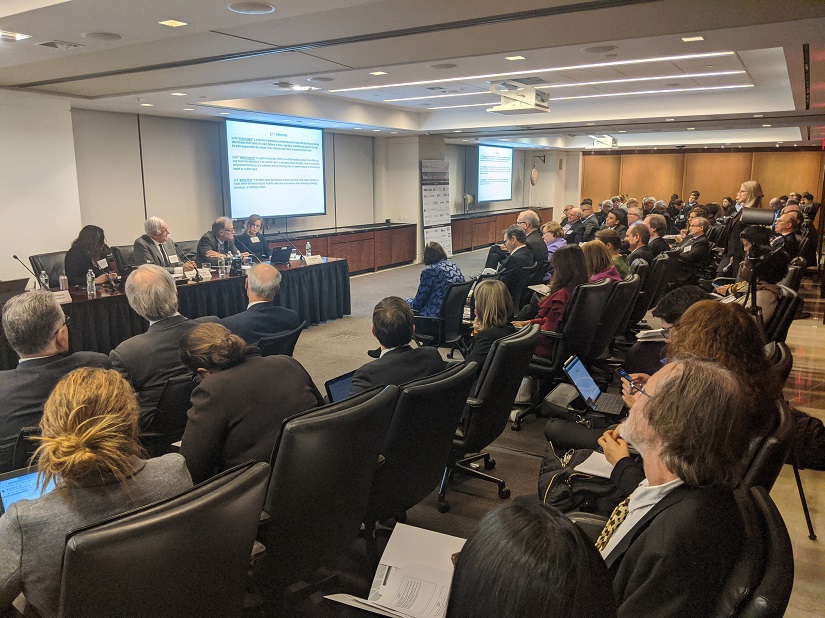 Photo: A packed house at Sidley Austin for the CIArb NY Branch’s program on the Restatement of the U.S. Law of International Commercial and Investor-State Arbitration during New York Arbitration Week.

In the afternoon of Wednesday, 20 November, CIArb NY Branch presented a highly anticipated program on the newly-approved American Law Institute (ALI) Restatement of the US Law of International Commercial and Investor-State Arbitration, the product of a 12-year project led by the Restatement’s Reporter (and New York Branch Patron), Professor George A. Bermann FCIArb of Columbia Law School. Highlighting “hot topics” covered by the Restatement, which distills the U.S. law of international commercial and investor-state arbitration into principles and makes some recommendations for future development of the common law. The program featured several prominent academics and practitioners, as well as a sitting federal appeals court judge, who all served as Associate Reporters and Advisors for the Restatement.

The Restatement program was followed by cocktails and dinner attended by over 150 guests in the Grand Ballroom of the Yale Club of New York. 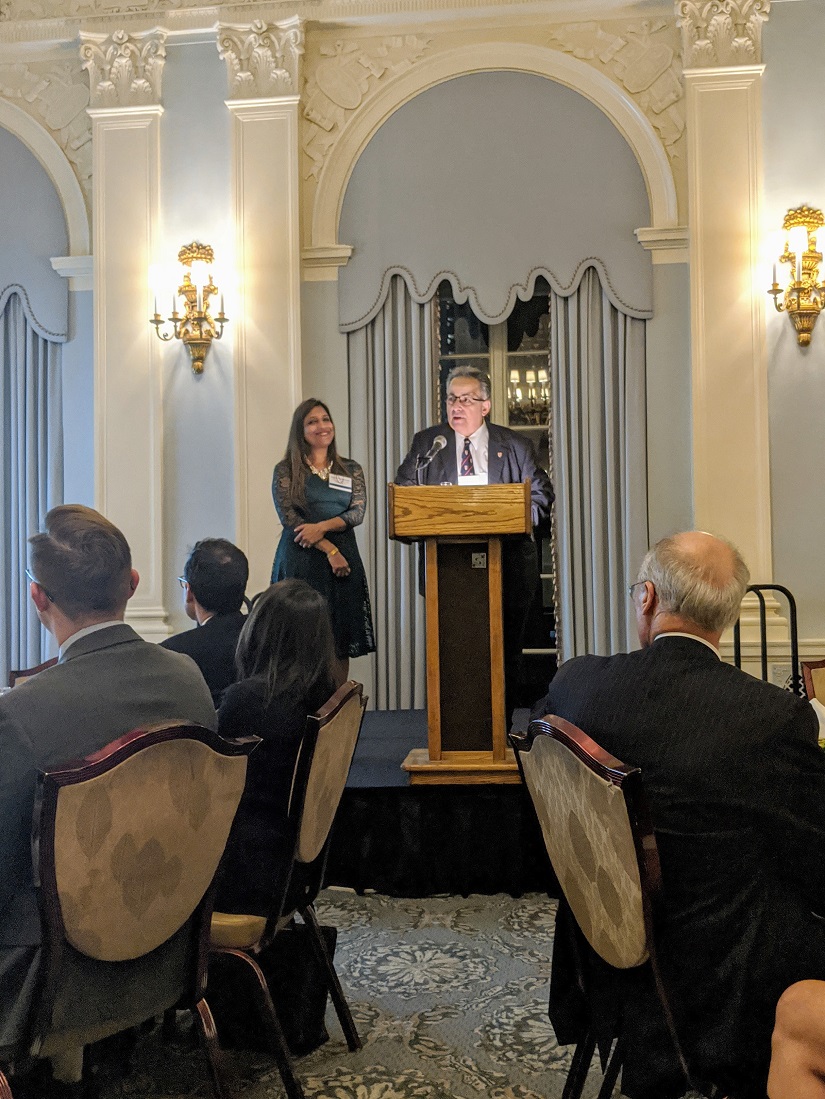 Day Two of NYAW opened at NYIAC on Thursday morning with a breakfast program presented by the CPR Institute on expedited arbitration, mediation, and New York as an arbitral venue. The proceedings then continued with the launch of the ICCA-NYC Bar-CPR Protocol on Cybersecurity in International Arbitration (2020) by Working Group members, including New York Branch Fellows Stephanie Cohen FCIArb (Branch Vice-Chair) and Mark Morril FCIArb. NYIAC Executive Director Rekha Rangachari remarked, “given the leadership roles of the New York City Bar and CPR Institute in the development of the Protocol, it is fitting that the first launch be here in New York during New York Arbitration Week.”

After a networking lunch, Thursday’s programming continued with two panels presented by AAA-ICDR: (i) The In-House Counsel’s Roundtable – Discussion on their Approach to an International Arbitration; and (ii) Focus on Asia – The ICDR’s Perspective. The half-day program was followed by a well-attended reception.

The ICC breakfast program was followed by the annual Fordham International Arbitration and Mediation Conference co-chaired by Branch Fellows Kimmelman and Sussman. The all-day program included panels on (i) Contract Interpretation in International Arbitration; (ii) ICSID under the New Rules; (iii) Hot Tubbing Experts, moderated by CIArb President Thomas Halket; and (iv) What are Global Arbitral Institutions Focusing on Today?, moderated by Kimmelman.

Julian D. M. Lew QC FCIArb delivered the keynote address at lunchtime, provocatively titled Transparency in International Arbitration: Practical Value or Voyeurism? The Conference ended with a reception that also marked the conclusion of NYAW. Thomas D. Halket C.Arb FCIArb noted that “the Fordham Conference, which is always a contributor to thought leadership, is now also a pillar of New York Arbitration Week.”

The next New York Arbitration Week is already being planned for 17 - 20 November 2020 and promises to become an annual highlight of the arbitration calendar the week before U.S. Thanksgiving.

We are proud to announce and congratulate the following shortlisted entries in this year's prestigious Global Arbitration Review GAR Awards, nominated in the category 'Best lecture or speech'.

CIArb’s European Branch has been active since the 1990s and comprises various jurisdictions, each one with strong legal traditions and home to renowned scholars.

The European Commission rejects the UK application to join Lugano

The European Commission earlier this week issued a recommendation arguing that the Parliament and Council should vote to block the UK’s accession to the 2007 Lugano Convention as a third country party.